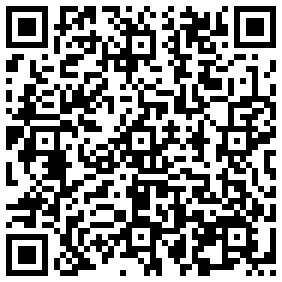 Have you seen one of these anywhere lately? If you have and wondered what it was, it's called a QR code and it could quite possibly be one of those game-changer technologies that you'd be far better off understanding now rather than later.
QR is short for Quick Response, which is exactly what these puppies give you. Insert one in an ad, on a direct mailer, or even a simple sign in the middle of a park, and you give a consumer instant access to any kind of information that can be stored digitally on the Internet.
Like most things in technology today, there are competing formats, but that's not what I want to discuss. Instead, what I'd like to discuss (you'll have to add your two cents in the comments area) is whether or not this is "real" or just another shiny thing.
I've been experimenting with this technology quite a bit over the last year and in each and every case, I find the results impressive. Thus, in my opinion, I think QR is a game changer.

QR codes make everything interactive. I've placed them on clothing, in direct-mail packages and of course on advertisements and banners. In each and every case, those QR codes gave consumers (or new-business targets) the opportunity to go deeper and learn more via microsites, video and audio. Now a magazine or newspaper ad -- even a printed book -- can be interactive rather than passive.
In their new book, The Now Revolution, authors Jay Baer and Amber Naslund include 22 QR codes that link the reader to video of a person discussed in the book, charts and graphs for download, and more. By including the QR codes (actually they used MS codes -- the Microsoft variety of QR), they gave readers additional information that in most cases could not be included in the book and it made reading their book a highly interactive experience. In fact, if you'd like to see QR codes in action, I'll send one of you a copy of their book. Just scan the QR code above. (If you don't have a QR scanning app, I suggest ScanLife. It's what I use and works very well. We'll call this my interactive learning gift to you. OK?)


QR codes can be easily customized. QR codes can point consumers to mobile-friendly, customized microsites where the consumer can receive unique information that is highly relevant at a specific point in the purchase process. For example, have you bought a TV at BestBuy lately? If you had, you might have noticed that next to each TV is a QR code that links you to consumer reviews of that set. It totally changes the buying process and the role of the sales associate.

QR codes are inherently trackable. You can view how many scans, where those scans came from, even what type of phone scanned the code. Hmmmm, wouldn't that be interesting when you're debating whether or not you need to build an iPhone, Android, Windows and Blackberry app or maybe you just need an iPhone app? And if you are a destination brand, how valuable would it be to understand where (as in geographic location) people are located when they scan your ad in that big national magazine? Might that aid you in localizing your marketing? Or maybe you'd like to link that original scan to a local (in market) scan so that you can definitively say X number of folks saw your ads and then visited the market within Y days? All of this is possible with a simple QR code.
In my opinion, QR codes are anything but a shiny object, they are nothing short of revolutionary technology that in time will be commonplace here.
But as I said, that's my opinion. What do you think?