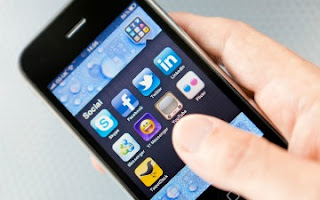 Consumers are spending more time on mobile apps than on the web for the first time, a new report claims.

Flurry compared its mobile data to stats from comScore and Alexa, and found that in June, consumers spent 81 minutes per day using mobile apps, compared to 74 minutes of web surfing. (See chart below.) The shift comes as combined tablet and smartphone shipments eclipsed those of desktops and notebooks for the first time, according to a recent report by Mary Meeker, partner at Kleiner Perkins Caufield & Byers.
Flurry found consumers spend 9% more time, on average, using mobile apps. The report found that the growth in mobile app usage came mostly from more sessions per user, rather than longer sessions overall.
Those sessions, by and large, are consumed by the use of games and social media apps, which took 47% and 32% of the total amount of time used for such apps.
If the stats bear out, the data is vindication for Wired, which last year declared “The Web is Dead,” and predicted that apps would soon overtake it.