How Shoppers Interact with Retailers through Social Networks 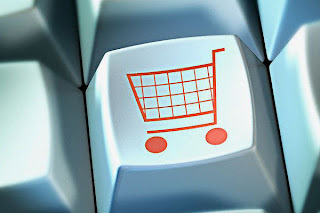 Washington, May 27, 2011 – Shoppers are willing to interact with retailers through a variety of social networks and retailers have limitless opportunities to capitalize on the momentum, according to the 2011 Social Commerce Study, a joint research project by Shop.org, comScore and Social Shopping Labs. The report, which evaluates shopping directly influenced by social media, polled 1787 adult online shoppers in April 2011.

According to the survey, 42 percent of online consumers have “followed” a retailer proactively through Facebook, Twitter or a retailer’s blog, and the average person follows about six retailers. While shoppers’ reasoning for following a retailer varies, the majority of respondents (58%) said they follow companies to find deals, while nearly half (49%) say they want to keep up to date on products. More than one-third also follow retailers for information on contests and events (39%).


Though many retailers use social media to build their brand, research indicates that companies may also be able to monetize these channels. According to the survey, more than half of Facebook users (56%) say they have clicked through to a retailer’s website because of a Facebook post, while over two-thirds of Twitter users (67%) say a post has spurred them to click through to a website. Additionally, the appetite for buying directly through social networks appears strong: one-third of shoppers say they would be likely to make a purchase directly from Facebook (35%) or Twitter (32%).

Given the popularity of devices like iPhones and Droids, many shoppers are using smartphones to easily engage in social media on a regular basis. According to the survey, 42 percent of Twitter users access the site on their mobile phone at least once a day, while the same is true for 34 percent of Facebook users. In addition, about one-third (32%) of people view YouTube clips daily from their smartphones.

“Instead of waiting to get back on their desktop computer to watch videos or interact online, Americans are easily accessing social networks when they have even a few moments of down time, whether they’re scanning Facebook news feeds while picking up their kids from school or tweeting about their shopping experience while browsing the mall,” said Fiona Swerdlow, Head of Research at Shop.org. “The popularity of mobile devices will only boost the power of social commerce, which presents an incredible opportunity for retailers.”

Shoppers are also using mobile devices for research and information while shopping in stores. According to the survey, nearly half of consumers (47%) have accessed customer reviews in store using their mobile device with men (55%) more likely to access these reviews in store than women (39%).

-Group-Buying Sites, Location-Based Apps Present Opportunities-
Though still in their infancy, group-buying sites like Groupon, LivingSocial and Gilt City have already made their mark on many online shoppers. According to the survey, eight in 10 (82%) online consumers are aware of group-buying sites, though only 19 percent of survey respondents have actually made a purchase through one of the sites. Those who do leverage group-buying sites appear to be enthusiasts, as the majority of consumers (57%) have spent over $100 through these sites to date. While some traditional retailers have experimented with group-buying offers, the majority of shoppers say they have purchased non-traditional retail items like food and drinks (18%), entertainment (16%), and personal care items (12%) through these sites.

“Many shoppers are aware of group-buying sites like Groupon and LivingSocial, but haven’t yet been compelled to make their first purchase,” said Peter Leech, founder, Social Shopping Labs. “As these sites gain momentum and spread to more cities around the country, retailers have an opportunity to experiment not only with established sites but also group-buy promotions on their own Facebook pages and websites.”